$1 from each purchase gets put into Male Cancer Health Fund. 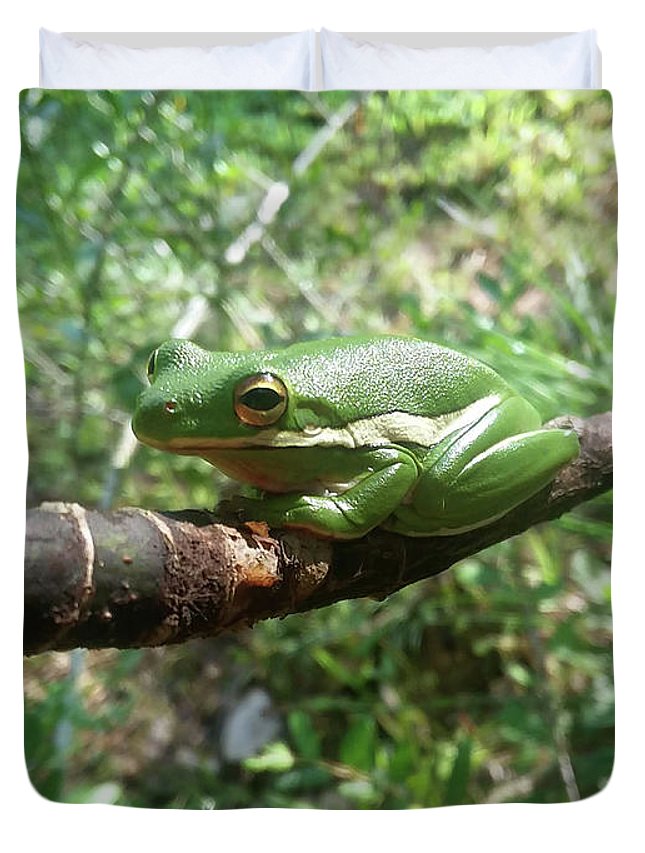 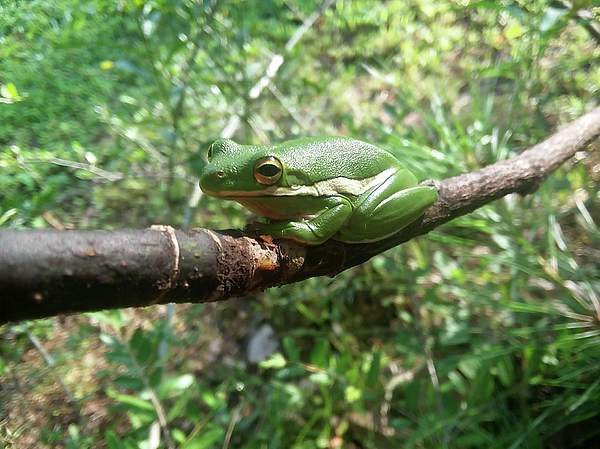 Boundary: Bleed area may not be visible.

Click and drag to re-position the image, if desired.

The image is near the edges of the product but doesn't cover the entire product.   Some of the background color may appear around the outside edges of the image.

Queen duvet cover (88" x 88") featuring the image "Green Tree Frog" by Carl Moore. Our soft microfiber duvet covers are hand sewn and include a hidden zipper for easy washing and assembly. Your selected image is printed on the top surface with a soft white surface underneath. All duvet covers are machine washable with cold water and a mild detergent.

Liberty, Florida; American green tree frogs are insectivores, usually consuming flies, mosquitoes, and other small insects such as crickets. One study suggested the frog selects prey not by its size, but according to its activity level, with the most active prey being the most frequently eaten. The same study showed "nearly 90% of Hyla cinerea prey were actively pursued," with the other 10% being "insects walking or close enough to be snatched up by the frog's tongue."

My love of the arts began at a young age. Always one to enjoy color and light, it was clear early on that I would share my passion with others. Through my innovative fine art photography, I am able to enhance the world as I see it, creating memorable and unique images. I am endlessly inspired by the nature around me and especially influenced by flowers, scenery, and wildlife. I hope you enjoy browsing my gallery and that you find a special piece that will enable you to bring a bit of the outdoors into your home or business. Each photograph is created using my impeccable technique and passion, which is clearly evident in each and every photograph.